New research from London Property Alliance (CPA + WPA) calls on the Government to deliver a clear plan on transport infrastructure to address inequality within and between the UK’s city regions.

It puts forward 10 key recommendations to policymakers at local, regional, and national Government to support regeneration and levelling up.

The report has been jointly commissioned by London Property Alliance and Sheffield Property Association (S-PA) and is authored by JLL with support from Mott MacDonald.

In his foreword to the research, Mayor of Greater Manchester Andy Burnham commented: “Levelling up should mean London-style intracity transport for all English city-regions, and also, as this report advocates, comparable levels of national political and financial commitment to that seen in London and the south east for the major strategic intercity infrastructure that is needed to drive productivity and economic growth across the North and contribute to national economic rebalancing.”

In his conclusion, Professor Tony Travers, Director of LSE London commented: “To achieve the scale of change required, metro mayors will require access to powers that will allow them to raise resources, develop schemes and capture benefits which are currently held by Whitehall.

“As the economy recovers from the pandemic, investment in Britain’s cities – including London – is a way to secure higher growth, better jobs and more balanced growth.  This report shows how such benefits can be achieved.” 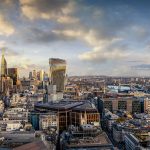 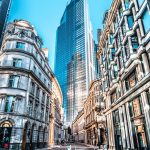