Over 140 members joined us on the Terrace Pavilion of the House of Commons for our Parliamentary Reception yesterday.

View photos from the event here.

For this year’s event, we were proud to partner with Sheffield Property Association (S-PA). Members from all three associations were able to hear a joint welcoming address by Martin McKervey (Chair of S-PA) and David Ainsworth (President of CPA) who championed the continuing relationship between us.

The reception made the front page of The Sheffield Star (read here), in an article celebrating the power of collaboration between UK cities, and a follow-up piece (read here), also in The Sheffield Star, provided an overview of the event which included a quote from David Ainsworth’s speech stating ‘Our collaboration has been hugely rewarding, and as well as forging genuine friendships we have learned a lot from each other.’

London Property Alliance has worked closely with S-PA since its inception in 2017. The associations’ have campaigned together on a number of issues, mainly centred around greater collaboration between UK cities. This has been promoted through roundtables at MIPM Cannes with the Department of International; an evening reception at the Ruskin Exhibition to discuss the role of arts and culture in successful cities; and visits to each other’s cities to promote our shared initiatives.

A very proud moment with our London colleagues. A collaboration that is growing by the day and helping to put Sheffield front and centre in conversation with some great people and fantastic organisations @SheffPA @TheWPA @CPA_London pic.twitter.com/yqLfgmVfMZ

Clive Betts MP spoke about the importance of UK city regions working together for mutual economic growth and prosperity, and the need for private and public sector collaboration to deliver homes, workspaces as well as cultural and community assets that support growing and sustainable cities.

Liz Peace CBE discussed how devolution, infrastructure and good growth were vital ingredients in promoting a successful relationship between UK cities. Both speakers also referenced the Centre of London research ‘London, UK: Strengthening ties between capital and country’, which was sponsored by the London Property Alliance alongside the City of London Corporation, Westminster City Council, GLA, London Councils and TfL. The report examined the growing gap – in economic performance and civic connection – between London and the rest of the country and offered a number of recommendations to combat this. The full report can be found here.

Thank you to our members, stakeholders and friends for attending this evening’s @CPA_London @TheWPA @SheffPA Parliamentary Reception. Our keynote speakers Clive Betts MP and @lizpeaceCBE talked about the power of collaboration, strong cities and property as a force for good pic.twitter.com/tt5CoYwNXb 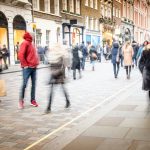 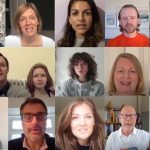 News International Women’s Day: A message from our Boards & committees