Press Release: Flight for quality in offices drives up rents but headwinds on the horizon for London recovery

The London Property Alliance has published its fourth quarterly Global Cities Survey. The research, which is undertaken by Centre for London, charts the economic recovery of London, New York, Paris, Berlin and Hong Kong and provides an analysis of the latest data available across 19 economic and societal indices.

The findings reveal that in the second quarter of 2022 (April to June), London moved ahead of its counterparts across a number of key economic indicators.  These include foreign direct investment, office rents and employment. During the quarter, London continued to pick up more investment projects from foreign investors than any of its rival cities.

London’s West End and City markets both saw double digit growth in rents (nominal prices) for grade A office space in Q2 (14.6% and 11.2% respectively). This is despite persistent levels of working from home seen during the same period.  Employers are looking for the best office space and facilities to encourage staff back to the office and attract new talent in a tight labour market. The trend defied expectations as office vacancies in central London rose to their highest level since Q1 2020.  In the latest quarter, Paris and Berlin recorded the lowest surveyed vacancy rates at just 2.8% and 3.2% respectively. Manhattan recorded the highest office vacancy rate in our survey of 21.5% – almost eight times that of Paris’ CBD.

Buoyant employment levels continue to underpin London’s recovery. The number of people in work was 3% higher than in the corresponding period in 2019. This is a stronger position than seen in Paris, Berlin, New York and Hong Kong. Hong Kong’s employment numbers have tumbled since the start of the year and are now the lowest of all.

Alexander Jan, Chief Economic Advisor to London Property Alliance: “In the second quarter of 2022, London continued to show positive trends, leading the UK’s economy in its post-pandemic recovery. The government’s more pro-growth stance should benefit London. The decision to restore tax free shopping by the Chancellor is a positive one that should help central London’s and other city economies to recover.

“At the same time, caution should be noted in the ongoing strength of London’s recovery.  An uncertain political and economic climate leads to increasing challenges for consumers and businesses alike. There are headwinds globally facing London and indeed other world cities. These may well manifest themselves in the results of our next quarterly survey.

“Incentives from employers to attract workers back into the City and Westminster will be key to maintaining momentum. We need to support initiatives such as the City of London’s Destination City campaign and continue to champion the opportunities the Elizabeth line is unlocking for the capital in real time.” 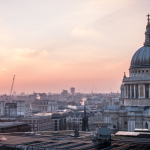 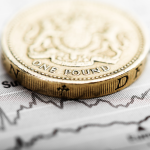 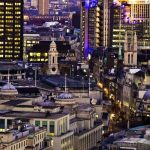