Paris recorded the strongest sustained increase in demand for workers in 2022, with the French capital seeing a 5 percent increase in employment numbers compared to 2021. This figure puts the city’s new pay-rolled employee growth ahead of London (4.3 percent) as well as New York and Hong Kong, where employment is yet to surpass pre-pandemic benchmarks. London continued to record the biggest increase in newly employed professionals out of all UK regions.

Despite a small increase in growth (0.1 percent) reported for the UK economy in November last year, recessionary fears in the wake of the September’s mini-budget saw the UK capital experience a fall in labour demand in the latest quarter.  Whilst still 26 percent above pre-pandemic levels demand for workers in Q4 2022, vacancies were down five percentage points on the previous quarter. In comparison, Paris recorded its highest level of post pandemic employment growth; vacancies are now up 42 percent compared to the January 2020 benchmark. In reaching its highest rate of labour demand, Paris appears to be a significant beneficiary of the UK and London’s economic and workforce uncertainty post-Brexit.

Resurging demand and usage for offices in Paris, coupled with limited availability, has seen the city’s vacancy levels drop to 2.5 percent, the lowest out of all the surveyed cities. Paris office vacancy levels are well below London (8.8 percent) and Manhattan (21.9 percent) as New York in particular struggles with the impact of home working, crime and infrastructure challenges on its business districts. The robust performance of Paris’ office market reflects the comparative buoyancy of its financial and professional services sector and a structural under-supply of high-grade office space.

Whilst central London’s vacancy rate is still historically high, overall levels have seen no material change during 2022. Demand is largely focused on new, best in class workspaces, with grade A office space in central London recording a significantly lower vacancy rate (3.5 percent). This continuation of the flight to quality, where occupiers target better quality offices with strong ESG credentials, workplace amenities and micro-locations, is seen in the West End’s vacancy rate falling to 4.4 percent. In contrast, the City of London, recorded a vacancy rate of 11.4 percent, driven by newly completed office stock.

The bifurcation in the office market, with occupier demand concentrated on best-in-class workspaces in newly completed or comprehensively refurbished buildings, has seen London’s West End outperform all other markets in major cities. The sub-market’s prime office rents have increased 15 percent compared to pre-pandemic levels.

The recovery of public transport usage in London saw passenger volumes on the Underground network reach 80 percent of pre-pandemic levels by November 2022. Notwithstanding industrial action, London remained ahead of New York City, where Q4 subway ridership came in at just 65 percent of the pre-pandemic benchmark. But once again, Paris has seen the strongest recovery in its rail network, with passenger numbers averaging 86 of pre-Covid benchmark levels in the last part of 2022.

Alexander Jan, Chief Economic Advisor to London Property Alliance said: “Paris is starting to pull ahead of London. It is delivering stronger employment and office occupancy levels and its public transport numbers are the most buoyant of any of the cities we have surveyed.  Difficulty in finding skilled labour as well as the post-Brexit trading environment are taking their toll on the London economy. Unending industrial action also risks corroding London’s international standing and  we need urgent government action to help address these problems. Otherwise, we will see our competitors such as Paris continue to benefit as we risk insidious decline.”

Professor Tony Travers, director of the Institute of Public Affairs, at the London School of Economics & Political Science (LSE) commented: “London’s position as Europe’s pre-eminent business centre cannot be taken for granted.  Recent years have seen the government apparently unable to work out what role it sees for the capital.  Action is required to ensure a competitive tax system, improved financial services regulation, a functional migration policy, planning arrangements which promote (rather than impede) growth and, importantly, to avoid the risk that the transport system goes into decline.  Whoever wins the next general election will depend on the London’s creativity and dynamism to lead the UK back to economic growth.”

The Alliance calls for the following support to help London’s economic and social recovery, and to help compete with global peers:

The Government should re-introduce tax-free shopping (VAT Retail Export Scheme) as soon as possible, to help increase the number of international visitors who come to the UK for London’s world-class shopping experience, and drive much-needed spending with the capital’s retail and hospitality businesses.

Data from the New West End Company shows that under the previous scheme, 16 million non-EU visitors spent around £3 billion on tax-free shopping and a further £14.8 billion on associated non-tax-free shopping, restaurants, hotels and many other goods and services while they are visiting the UK. Since its removal in 2021, Britain has lost high spending international tourists to its EU competitors.

The Alliance urges for a decisive and comprehensive reform of the outdated business rates system which holds back the recovery of London’s high streets. The current system put good businesses, which make a vital contribution to vibrant urban centres, at a significant disadvantage to their online competitors.

3. Invest in London’s Infrastructure and Environment

Well-designed, accessible open spaces, clean air and greening, along with high-speed transport and digital connectivity, are now basic requirements of a modern global city. Sustained investment in the capital’s public environment and infrastructure would help maintain London’s role as an attractive destination for visitors and businesses.

Partnership between the public and private sectors, as well as innovative investment models (such as TIF), can help fund much-needed investment at a time of restrained public spending. 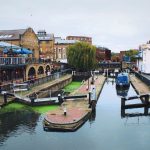 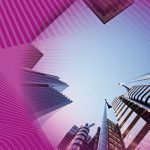