For the third edition of the London Property Alliance monthly bulletin, we discussed Camden’s approach to fostering growth and sustaining its mixed community with Danny Beales, the Borough’s Cabinet Member for Investing in Communities, Culture and an Inclusive Economy.

Beales has been Camden’s Cabinet member responsible for planning since 2017 – “a bumpy three years”, in his words. “Just as the scene was starting to settle after Brexit, we’ve had Covid, which has acutely impacted everything the Council does as well as every aspect of our lives … I definitely feel about ten years older” But he remains upbeat. “Camden is a really resilient, vibrant, exciting place to be, to work, and to live in – and in those three years I think we’ve still made progress against the priorities that we have as a borough and as a community”.

He listed a series of council-led projects within his purview, starting with their first regeneration ballot for the West Kentish Town estate in March 2020, which produced a 93% yes vote in favour of the council-led plans on a high turnout of 85%. “A fantastic, overwhelming result and a real testament to how we believe in doing regeneration in the borough, very much with and led by residents”.

Beales was also keen to highlight the Community Investment Programme (CIP), through which Camden directly delivers new homes, schools and community facilities – most recently securing planning consent for two hostels specifically for families needing temporary accommodation, as well as permission for its small sites programme’s first council homes scheme. He was also enthusiastic about the success of the first phase of the council’s “buy back programme”, which has established a functional model for reacquiring council homes sold through Right to Buy. All, he underlined, as part of a wider effort “towards that goal of making the borough an affordable place to live and keeping that mixed community that makes Camden so special”.

While Beales made clear that the CIP’s approach is centred on building the council’s own capacity to deliver in-house, they are pragmatic. He noted that “we are open to partnerships and … any model of delivery that demonstrates it can deliver more than we can do alone – particularly in terms of affordable housing and community benefits”. That includes partnering with Vistry on the new Charlie Ratchford Centre, investing in community-led approaches to regeneration, and of course working closely with developers active on privately-owned sites across the borough.

Asked about the best of the private sector in the borough, Beales immediately and predictably referred to King’s Cross. ”I think when people look at major private regeneration sites across London, [King’s Cross is often] used as one of the best examples”. He underlined that King’s Cross has set “really high expectations” but also provides “key lessons” for other major projects in Camden. He noted the scheme’s quality of design and public realm, its on-site affordable housing and community infrastructure, its support for the council’s education and job brokerage services, and ultimately the fact that it delivered a genuinely mixed-use site for use by private sector workers, council workers, students, local residents and visitors alike.

Thinking of others, Beales mentioned the recently-approved application for Belgrove House – just across from King’s Cross. Acknowledging that there had been challenges, he said that ultimately it should “deliver really significant and tangible benefits” including a good number of affordable homes on a nearby site, as well as “some really good economic benefits for local people” in the form of commitments around Living Wage employment, apprenticeships, training and new learning centre within the space which will directly work with local schools.

Taking a step back to survey the big picture for regeneration in Camden, we discussed how attention is shifting from King’s Cross to the adjacent Euston Station and the wider Knowledge Quarter area (for which a Spatial Strategy is now in the works). These, as well as sites like nearby North Camley Street, the O2 Centre in West Hampstead and the Regis Road site in Kentish Town, currently absorb a large part of the council’s attention and resources, as it seeks to shape their growth alongside partners and of course the community.

Looking to the future, he noted that between “Brexit, Covid, and planning reform, a lot is in flux and certainly not yet settled – and it’s hard to reach any firm and definitive conclusions about where the economy, planning, development and society as a whole are headed”. He is concerned about planning reforms heralded by the Planning for The Future White Paper (soon to be codified in a new Planning Bill). Changes to Permitted Development Rights and use classes are already having an impact, while other proposals in the White Paper pose a “real challenge”. He is “sceptical” and expects that planning reforms as trailed “will unfortunately create uncertainty for the next two or three years”, which – ultimately – is in “not in anyone’s interest”.

However, Beales thinks that expectations about the “end of the office, the end of Central London, and end of London itself” were “overplayed”. He pointed to how, “now that the pubs are open, people are flooding back in”. He also noted that council colleagues seem keen for at least a partial return to the office – and that employee surveys by landlords and occupiers in the Knowledge Quarter suggest much the same.

Indeed, major applications are still coming down the pipeline and the “real premium around things like connectivity, culture, leisure, and fantastic public realm, parks and spaces in London and Camden” hasn’t disappeared. While there is a renewed emphasis on more flexibility and quality in the built environment, Camden was already moving in that direction by investing in its public realm, high streets, and town centres and working closely with landowners, developers, occupiers, Business Improvement Districts and local communities.

In terms of his advice to developers, Beales stressed that while the borough “can be flexible … we have ambitious policies and we will press for that”. He was adamant that “upfront early engagement is vital” and that developers should make use of the fact that Camden has an “open door policy” and “really values discussion before proposals are developed”. He acknowledges that developers in Camden are faced with strict policies and very high standards, but stressed that this is to ensure “quality design that leaves a legacy and enriches a place”. Similarly, the provision of affordable housing “is an absolute key priority, to maintain our mixed community” as are creating economic benefits and opportunities (especially training and jobs for younger people) and engaging early with “a very active local community”.

Camden’s residents take an especially active interest in planning, as attested by the number of neighbourhood forums in the area. It therefore “pays off for developers to have a collaborative approach, invest in engagement, and ensure they are hearing a diversity of voices”. He offered assurances that communities “will be pragmatic about trade-offs, as long as they are involved”. Conversely, where consultation comes only at a late stage, “communities see through that and are frustrated”. The borough itself is working with partners like Commonplace and the Ministry for Housing, Communities and Local Government, to improve its own methods for community engagement – trialling neighbourhood assemblies in Euston and Haverstock as well as new digital tools.

Asked for a last word, he said: “Camden is a really positive, open place to work. We want growth but with a social purpose and we want to be a collaborative partner with public and private institutions as well as our community – and see real value in us working together. The Knowledge Quarter in particular has been an area of huge growth. It will continue to be an area of huge priority for the borough [which is why] we’re working to make sure it delivers tangible local benefits and starts to make progress on the inequalities that exist in the communities that live there”. 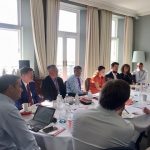 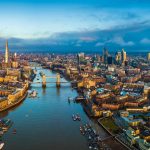 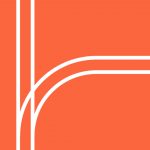