“I’m interested in outcomes” – Interview with Cllr Geoff Barraclough, the City of Westminster’s Cabinet Member for Planning and Economic Development

For our latest London Property Alliance monthly bulletin, we spoke with the borough’s new Cabinet Member for Planning and Economic Development Geoff Barraclough, who laid out his group’s vision for a City Council that does things differently.

Cllr Barraclough is no newcomer to politics, being in his second term as councillor for Maida Vale – in the north of the borough – and a veteran of Westminster’s planning committee. He confesses, though, that the transition from Opposition to the council’s leadership is a humbling experience and an “unexpected career change”.

He speaks with pride about his work helping constituents in his years as an Opposition member, especially supporting leaseholders and renters who found themselves “stuck” when seeking redress from landlords (public, private and third sector) – describing the process as hugely “rewarding”, but also “depressing, to see such large organisations not listening to their residents”.

That experience, however, feels a million miles away from being a frontbencher in the borough’s first Labour administration – his “first brush with the public sector”, as he puts it. Barraclough describes himself as “a private sector person”, having spent much of his career in management roles in large businesses, latterly in technology and financial services – and mentions he will be balancing his new obligations to the borough with his current job on a part-time basis. He says local government is “a very different world, with a different way of talking about things and different ways of accounting even!”.

He admits that for the new Labour administration, “there’s a huge amount to learn”, but is confident that they’re up to the challenge. He attributes his party’s historic electoral victory, in a borough that’s “been Blue since the invention of local government”, to “the public wanting change in a number of areas, one being the way we control what gets built where, who gets to decide, and who gets to be consulted”.

He goes on to explain that he is “interested in outcomes” and is “going to leave the detail to the professionals, to the officers who work for the council, who are vastly experienced and have been hugely supportive since Labour took power on 5 May – and it’s been a pleasure working with them”.

When it comes to the built environment, “the outcomes that we want are fairly clear”. First and foremost, “we want more affordable housing, because we have 2,000 families living in temporary accommodation and another 2,000 on the waiting list, many in overcrowded accommodation”. That is despite the fact that “everyone’s working, everyone’s hustling, but you can have four people, all on minimum wage and they still can’t afford a two-bedroom flat – and that’s no way to run a city”.

He emphasises, throughout the discussion, that Westminster will no longer “compromise on affordable housing” and “will be holding the industry to account for delivering on that”. He is keen to argue that “it’s not a revolution to say we should have affordable and key worker housing” and that “we’re just making Westminster more like other Central London boroughs”.

In fact, he said, the borough’s initial focus will be on “enforcing” existing policies. He suggests that the previous administration introduced “some pretty sensible policies, but didn’t actually follow them” and that Labour can “make a lot of change happen, simply by sticking to what’s already been agreed and our planning and licensing committees enforcing what’s actually in the documents”.

“We can’t make it 100% affordable, but we can make it 35% affordable, which is [already] our policy”.  With that in mind, he was “very pleased” to see the councils first major post-election planning committee session reject plans for a scheme that offered “non-policy compliant” levels affordable housing. He suggested that the new committee “will probably take a different view of the same facts as their predecessors”.

In the longer term, however, Labour is keen to change the ratio of affordable housing tenures required, to better align with the London Plan – i.e. back to 60% social and 40% intermediate – which would require “modification of the City Plan”.

Other priorities include “accelerating the move to sustainability and go faster on targets we’ve all got for reducing carbon emissions” and is pleased that in this area, “we’re pushing on an open door, with the property industry saying that’s where they want to go because that’s what tenants want”. Barraclough wants to “go further” on areas like biodiversity, greening gas boilers and on re-defining “where the balance sits on retrofit vs new build”.

These and other changes will take time. Those that entail changes to forthcoming supplementary planning guidance on environmental issues will require “six to twelve months”, while any changes requiring amendments to the City Plan are “not going to be for tomorrow”.

Barraclough is already on the record as expressing a preference for retrofitting over demolition and redevelopment, wherever possible – arguing that it is a question of whether or not “we are serious about the climate emergency”. He points to the Secretary of State’s calling-in of Marks & Spencer’s plans for the redevelopment of its Marble Arch branch as a critical milestone, and says he “looks forward” to the planning inquiry, which will “test all the arguments” and help the council shape its policy accordingly.

Simultaneously, he recognises that there is a difficult balancing act involved in any major development scheme – between maintaining the heritage of Westminster’s built environment, keeping emissions low, and supporting economic growth. He admits that the Council itself “needs to help make it easier to convert and retrofit”, pointing to plans for setting up a new taskforce of experts “from across the industry” to advise on how we can do that and particularly with reference to historic buildings. “I think we can help square that circle and under our administration the balance of conservation vs sustainability will tilt a little bit more towards sustainability”.

Moving on to high streets, Barraclough reiterated that Westminster will continue to be a pro-growth borough – “we are very keen for people to invest here, bring jobs, send the tills ringing on Oxford Street and fill the theatres and we are happy to continue to invest in the public realm”.

At the same time, how and where the Council invests will change – and Barraclough warns that “we are going to have to have more conversations about who pays” for public realm improvements, particularly in areas dominated by businesses and with very few residents. He argues that the historic neglect of many smaller high streets and neighbourhoods necessitates a rebalancing of investment decisions, as do wider “economic headwinds” forcing the council to target investments more carefully.

“We want to widen the scope of our investment away from just the centre of town to where most of Westminster’s residents actually live”. Even shopping parades barely 15 minutes away from Marble Arch are, he argues, “in desperate need of investment, love and attention”. Places including Edgware Road, Church Street, Praed Street and Harrow Road – and in relation to the last, he highlights plans to bring forward a Harrow Road Place Plan, looking at things including public realm, setting up a new incubator space for local small businesses, revamping the local market and potentially “acquiring one or two sites to help unblock difficult parts of the street”.

On the topic of the council’s acquisitions, Barraclough emphasised that the new administration will be more active in site acquisitions and in using Compulsory Purchase Orders (CPOs) to facilitate regeneration, “subject to all the usual criteria and most importantly a cash return to the taxpayer – because we are very focused on our capital budget being spent on things that will produce a return.”

He offers assurances that “we’re not going to forget the centre of town” and that the new administration is subjecting plans for the Oxford Street programme drafted under their predecessors to a “stringent review” – to produce “a new plan for Oxford Street” that will involve “some public realm investment” focused on things like safety, security, “brightening the place up” and supporting the “curation of the street” (and here, he plugged the council’s new campaign against rogue traders). Barraclough was also resolute in saying that “no, we are not going to pedestrianise any part of it” and also that plans for “piazzas” at Oxford Circus are now “dead”.

On the related topic of al fresco dining, Barraclough was equally decisive. “There is a balance” to be struck, but the council is determined to avoid it becoming disruptive. He described the temporary closure of streets in Soho last summer as offering a unique experience for visitors and a helpful boost for local businesses, but also as “awful for the people who lived in the area … we are absolutely not going back to anything like that”. Going forward, the council is going to take a “street by street approach” and is keen to support it where it works – he pointed to St John’s Wood High Street and Fitzrovia as areas where it is showing promise. “There will be no blanket ban, but also no blanket approval, but we are NOT closing Old Compton Street again and please write that in capital letters!”

One area where the new administration’s approach is very much in line with their predecessors’ is on the issue of restricting Permitted Development Rights through a new Article 4 direction. “The policy has not changed”, said Barraclough. “Discussions are ongoing” with the Department for Levelling Up, Housing and Communities on a new application – the previous one having been turned down – and that “we’re expecting a decision fairly shortly”. So what’s the desired outcome here? “We would like the maximum control possible over development in our city and we would like the maximum area of an Article 4 that we can get”.

Back to the question of how Westminster will be different under Labour, Barraclough is unabashedly of the view that the previous administration was “much too close to the development industry” and that the new administration is “adamant about maintaining a separation” between the Cabinet’s strategic role on the one hand and the role of the council’s planning committees deciding on applications on the other. “My job”, he says, “is around planning policy, economic development and smart cities”.

He stresses that Westminster remains “open for business” and that he is personally “very happy to meet people who want to do things in our city” – underlining, however, that such meetings will be conducted at City Hall, on the basis of a specific agenda and with officers on hand. Barraclough, it seems to us, very much means business.

Updated guidance on engagement with the chair of planning regarding development schemes was published by Westminster City Council earlier this week. View here. 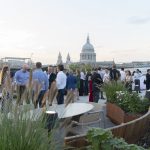 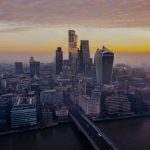 News “Economic growth and prosperity is at the heart of our policy” – Interview with Shravan Joshi MBE, the City of London Corporation’s new Planning & Transportation Committee Chairman