To kick off the inaugural edition of the London Property Alliance monthly bulletin, we sat down with the outgoing leader of Islington Council, Richard Watts, to discuss the borough’s approach to planning and development, as well as life after local politics.

Councillor Watts has been at the helm of Islington council for almost eight years, but has announced his intention to step down as Leader this May, ahead of leaving the council altogether next year. His achievements during his tenure in Islington include a list of initiatives centred on protecting the most vulnerable residents and giving young people “the best start in life” – in the face of challenges ranging from sustained funding cuts, to the aftermath of the Finsbury Park terror attack and now the COVID-19 pandemic.

Watts stressed upfront that Islington “has always been pro development, as long as it’s the right kind of development”. It’s not really about where, but about what and more specifically, the “tangible benefits” new development can offer local residents. Large plots of vacant and brownfield land are scarce in the borough and most sites are hemmed in by densely populated neighbourhoods. Industry “needs to take this seriously”, he said, as sustained development, particularly in the area south of Angel and along the borough’s boundaries with Camden and the City, has left many residents fed up by the disruption caused by construction activity. And Islington is far from alone in this respect, he underlined.

He argued it’s not just in the Council’s interest to ensure that development addresses residents’ concerns and needs, readily recalling schemes that have succeeded on the basis of clear communication with the council and local community, in order to produce those all-important tangible benefits. Watts highlighted Derwent’s mixed-use White Collar Factory  as an example of good practice, having been built on a “good track record of engaging” with the local community.  He is also a strong supporter of the borough’s 50% affordable housing requirement on residential development, referencing its importance to the success of schemes such as Fairview’s redevelopment of a former Territorial Army centre.

In 2019 work started on one of the borough’s largest ever planning consents, 20 Ropemaker. That is likely to be eclipsed with the proposed redevelopment of the Holloway Prison site, on which the borough is working with Peabody to bring forward. “We want an intensive, residential-led development on that site” he said. While conceding this is no easy task, he remains upbeat about the scheme’s progress, in large part facilitated by early agreement on the provision of homes across several affordable tenures – and support from the Mayor of London. The project, still underway, “provides a good model” for how boroughs, the Mayor and developers can work together to develop major, complex schemes, even in the tight confines of Central London.

While well aware that Islington’s requirements are not inconsiderable, Watts underlined that the Council has always been upfront about these, to provide business with the certainty it needs to plan ahead. He was especially bullish about the fact that it has not accepted viability as a valid reason to avoid affordable housing and other contributions, saying that “the system is inherently flawed and leads to lack of trust between planning authorities and developers”. Islington, he stressed, has not – and will not – sympathise with developers who make “bad business decisions” by “over-paying” when purchasing sites.

Looking to the borough’s future, Watts does not believe that COVID-19 has fundamentally changed the needs of its residents – only exacerbated them. He said: “The pandemic just confirmed a lot about which we already knew. Providing good homes, creating decent jobs and shifting to a greener, healthier way of living have only become bigger priorities.

“We have to take net zero carbon seriously in building design and construction,” he argued, warning that “industry needs to be really alert to this.”

He does, however, discern risks in the Government’s planning reform drive – especially when combined with its housing delivery targets for London, which “bear no relation to the realities of land supply”. He was eager to say that this is not about party politics: an onslaught of unpopular development running roughshod over local sensibilities and failing to deliver on communities’ needs would, at best, produce a short-lived benefit for some developers. In the mid- and long-term, it would also “lead to a pushback” and things “going very wrong, very quickly”.

Asked what his advice would be to his successor as Council Leader on dealing with the development industry, he said: “Be communicative with the sector, talk to people – but be very, very clear with them what you want.”

Watts has previously cited his desire to spend more time with his family when he steps down. As for his plans beyond May when his term as Leader ends, aside from staying on as a backbench councillor, until the  local elections in May 2022; “I don’t know!” he said, admitting he hasn’t had time to think that far ahead. “I certainly don’t want to be an MP: it has all of the downsides of being a council leader, with none of the benefits.”

This interview was conducted by London Communications Agency on behalf of the London Property Alliance as part of its curation of the monthly Central London Planning newsletter. 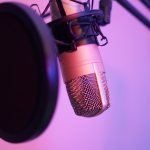 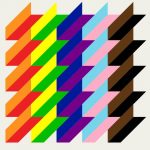 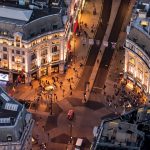